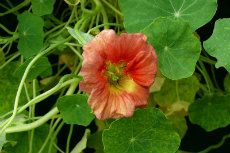 A weed is any successful, competitive plant that is growing in the wrong place. What constitutes the "wrong" spot is entirely up to the gardener.

One of the laws of Nature's Living Earth is that any living soil will be covered with living material.

So a newly-dug piece of fresh, rich humus down to marginal clay will ultimately become covered with vegitation of some sort, be it from the hand of man or the hand of Nature.

And Nature often has a good idea of what that vegitation should be. 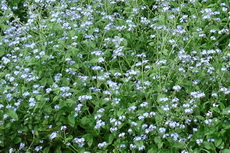 Like when that new bed of alpine rock plants you thought would look so attractive is overwhelmed by a bumper crop of nasturtium or forget-me-nots that appear to spring up from nowhere.

That sea of nasturtium leaves or cloud of misty blue may be attractive, but it's not what the gardener ordered.

The forget-me-nots and bright, sparkling nasturtium flowers now become annoying weeds, even though Nature's idea of what might be the most successful plant in that spot might differ from our own garden design plans. 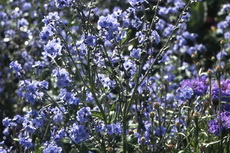 Sometimes it's best to listen to Nature's lessons and perhaps admit that the site is too wet and shady for alpines and give in to the nasturtium and forget-me-nots.

Or take the lead from Nature and substitute other plants or even a weed that looks a lot like an alpine plant but one preferring heavier,wetter, more shady conditions, like Kenilworth Ivy (Cymbalaria muralis).

Otherwise if the gardener is determined to grow alpines in that particular location, one must become resigned to an endless battle of wits, determination and continual resolve to eradicate the pesky competitors. 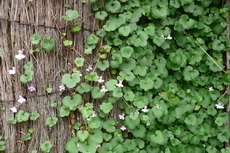 Many of our worst weeds are treasured garden plants elsewhere. Ginger is a highly prized garden ornamental and cutflower overseas where flowering stems can sell for up to $10.

Gorse is a valuable windbreak and hedge through much of Europe. Kenilworth Ivy is a favourite for rockeries, walkways and indoor baskets.

Pennyroyal, chamomile and wild English Daisy that so often attempt to invade the immaculate lawn here could much more easily be used as a lawn substitute which in past 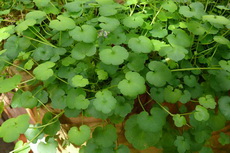 times was greatly admired for their fragrance, healing properties and delicate charm.

Some weeds are edible and other used for healing. Nasturtium has spicy, edible leaves, buds and blooms while the seeds are sometimes used as a substitute for capers. Oxalis and sorrel flowers and fresh young foliage add a zesty sour lemon essence to salads.

Wild lettuce (Puha) and dandelion are valuable salad greens when the foliage is picked young and fresh, especially earlier in the growing season.

The latter also makes a good wine and beer, a spring tonic and a coffee substitute! Henbit and Chickweed, as their names suggest are a valuable green vegetable for chickens, 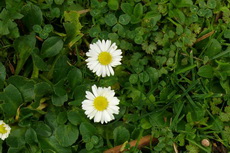 fowl and other caged birds, being very rich in minerals and vitamin C.

Chickweed and Dandelion teas were sometimes used as a tonic to ward off colds in Pioneer times.

As a general rule, everything has a reason for being where it is, its up to us to undertsand what that is and how best to apply its services to our needs.

While there have been great strides made in weed control there is still no better method for eradication than frequent, thoroughcultivation and hand weeding. 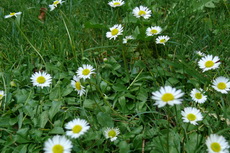 Alternatively, by abundant overplanting a garden site with whatever it is we plan to grow there creates a living groundcover which is a very effective way to cover the earth with densely planted garden foliage which naturally smothers out the unwanted weeds.

Mulches are often the best way to cover the soil and greatly suppress weed growth, while holding in valuable soil moisture. This is especially important in gardens that demand open spaces or increased air circulation and light. 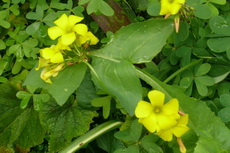 Mulches can be left in place undisturbed for years and as organic mulches slowly decompose they also feed and condition the soil while suppressing weeds.

Chemical controls are also highly effective. The drawback is that they can contaminate the soil, the environment and all that live there as well as the gardener if used incorrectly or with too great a frequency.

They appear most effective when clearing new land or freshly dug 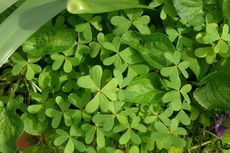 ground and when applied over paved surfaces with slow run-off.

An alternative 'household' method to control your weeds is by sprinkling regular applications of salt or  boiling water over them.

But in the end, if it's a dream garden you require, ultimately you'll still end up on your knees paying homage to Nature's garden plan.

And if you prefer Nature's selection of plants or not, guaranteed when

the garden is finished and the gardener laid to final rest, more often than not, it will be 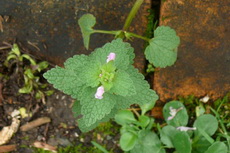 Natures' weeds that spring forth eternally! 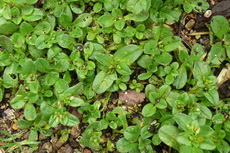 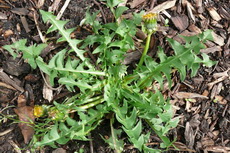 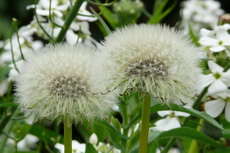 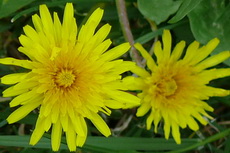