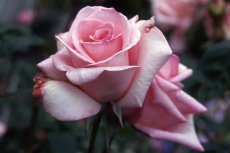 Since ancient times, flowering plants, herbs, shrubs and trees of many sorts and varieties have been assigned names and meanings. Long before recorded history humankind has shared most intimate bonds with plants.

It is widely believed that the cultivation of plants for food, shelter and medicines allowed people to first settle in one place long enough to establish permanent communities that developed into cultures with unique arts, crafts and languages.

The Modern Language of  Flowers

So it is not at all surprising that plants should be included as intimate parts of those arts, crafts and languages. Before plants were ever assigned official botanical names many flowering plants, herbs, shrubs and trees had a ‘common’ name by which their qualities were remembered: The pretty white flowers growing near Grandma’s back door; the healing herbal balm growing near the stream; the fragrant bloom treasured by our beloved. Later we learned to give them names: pretty daisies; lemon balm; wild roses. And over time as the plants became associated with events in the course of human history, those names took on emotive meanings that gave them a ‘life of their own’: daisies came to represent loyal love, simplicity, cheer, innocence, purity and faith; balm came to represent healing and relief, sympathy, pleasantries and happiness; roses became a symbol for love, friendship, fidelity, passion, thankfulness and gratitude.

Because plants now had symbolic meanings, they took on a specific persona each with their own personal power. They then became sought after to bring that power to the individual, convey a special message or create an appropriate mood. Thus as an expression of loyal and maternal love, daisies became a cottage garden classic often planted at Grandma’s back door; lemon balm was grown because we enjoy it’s fragrant foliage that also makes a soothing herbal tea that can relieve pain; we started to give others bouquets of roses and other “love” flowers as a gesture of affection, thankfulness and gratitude.And after this happens enough times throughout the course of history, patterns develop into customs, which become traditions identifiable with that particular civilization.

And ultimately plants become identified with certain attributes, qualities or representations that large groups of people identified with so much so that they came to “represent” that quality.And thus today the daisy represents simplicity; lemon balm, healing and relief roses are one of the classic love flowers.Obviously, different cultures experience different things, leading sometimes to different flower meanings. For example, the yellow rose is a valuable wedding flower in western cultures. Throughout much of the world today, the yellow rose symbolizes gladness, joy, fidelity, friendship and freedom. Yet during the Victorian Age when the Language of Flowers was most fashionable in Europe, the yellow rose was a symbol of jealousy.

Of interest is that all these cultures around the world independently developed their distinctive language of flowers. There was apparently no dispute that flowers and plants had a personalized meaning, they just had differing ideas on what that meaning was. Some cultures also gave meaning to various trees and shrubbery as well as to colour. Some like the ancient art of Feng Shui even define the parameters of form and energy flow that creates a balance and harmonic existence. Today’s Modern Language of Flowers is an eclectic combination, an international mixing of cultures, ancient legends and knowledge, gleaned from around the world. The Language of flowers can be used to create a mood, make a statement, define one’s character, or say whatever one wants to convey in a bouquet or when planning and planting a botanical gardening landscape theme, without uttering a word.

Thus the Modern Language of Flowers has come to assume a most memorable and meaningful place in the garden every bit as much as in the floral bouquet. For example it is possible to plant a garden based around an emotion, like a love garden featuring roses, dianthus, ranunculus, agapanthus, pansy, fern, jasmine, lily-of-the-valley, myrtle, laurel, lilac, jonquil, honeysuckle, lime, tulip and other emotive flowers. A garden of wisdom would include sage, daffodil, foxglove, acanthus, passion flower, hyacinth, pine, hawthorn, plane tree, poplar, balsam, cowslip, cherry, wheat pansy and water lily. A garden of memories could include all of the flowers of a love and wisdom garden mixed with specific plantings deeply associated with personal life experiences, personalities and memories. The emotive power created within such a garden would be highly beneficial especially for the garden creator.

And since this power permeates the garden like a heavenly fragrance on a balmy summer evening, all receptive souls entering the sanctum would be taken by its presence.There are those who quite rightly point out that it is only human obsession with routine, a need for control and understanding which drives us to stamp a human meaning on all of God’s quite innocent botanical creations. It should be appreciated that while we honour tradition and the symbolic meanings behind the Language of Flowers, it should be obvious that, if one does not like the meaning of a particular plant, they are perfectly entitled to alter the meaning to suit their needs. There’s bound to bit a bit of that as the reason why certain plants are called whatever they are called.That being said, there is often a great deal of meaning that has accumulated over centuries that does give each plant species a particular power.

The 1884 edition set the standard for the Victoria era and stands to this day. It soon became very popular with Victorian women who could communicate their feelings through this silent language at a time when the strict propriety of the era did not allow such intimate expression. It became quite fashionable for people to send Tussie-Mussie bouquets with a secret message. The tussie-mussie was a bouquet wrapped in a lace doily, tied with a (satin) ribbon. Each flower conveys an idea, feeling, emotion, or special message and every colour and number has a special meaning, as does a grouping of flowers or foliage. Presentation also became highly important. A bouquet presented upright was “affirmative”, but if presented upside down its meaning was the opposite or “declined”. It could even be used to ask/answer questions.

A bouquet presented with the right hand meant “yes”, while presented with the left hand it meant “no”. Even ribbon was included. Its colour was significant. And if tied with knot and bow to the left, the secret flower meaning of the bouquet referred to the giver. If tied to the right the meaning referred to the recipient. The tussie-mussie became the cherished gift of the era. The silent messages said through these bouquets transformed many lives.Today much of the past is gone and forgotten. Now we apply these same principles and their meanings to what we plant and where perhaps even more than what we are saying when we give flowers to another.The mixing of old knowledge from the West with Feng Shui from the East provides the opportunity to become deeply more creative and expressive allowing us to create harmony and the mood we wish to express in our gardens.